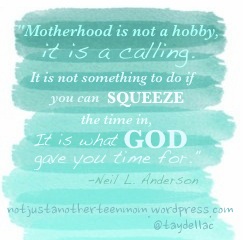 It’s no secret that I’m a young mom.

I’m always the youngest mom in the playgroup, youngest mom at the preschool, and the youngest of pretty much all of the mom-friends I’ve made since moving here. Now that I have a ring on my finger most assume that I’m older, and many are shocked when I tell them I’m just twenty-three. I can see them doing the mental math looking between my almost four year old and myself, and when they finish that math I can see the “ohhhhh” look spread across their faces as they realize how young I am now and how young I was when I had Aiden. Usually, they just brush it off or rapidly change the subject. Every once in a while, they say what they really think and it’s often pretty dang hurtful.

I’ve made a list of my “favorite” things that people have said to me in the over four years since I got pregnant with Aiden. Yes, these were actually said by REAL PEOPLE to ME!

2) Do you know who the Father is? (Apparently being a young mom makes me a slut by default. I usually respond with, “well I have it narrowed down to three.” -Sorry Mom-)

3) Wow, your life ended before it really began. (Yeah, it’s hard sometimes, but I get to play with toys, go to playgrounds, and have an excuse to eat ice cream everyday. Not to mention, when he’s eighteen, I’ll be thirty-seven. Boom.)

5) You’re just another statistic. (Don’t even have words for this one.)

7) Should have kept your knees together. (And you should keep your lips together.)

8) You’re such a great big sister to take your little brother everywhere! (I still get this one now, at 23. This week actually! Thanks to that lady for inspiring this post!)

9) Of course you’re stressed, you deserve it after the choices you’ve made. (……)

10) No one will ever marry a girl with this much BAGGAGE. (Whoops, guess Andrew missed that memo.)

11) It must be nice to just live off of child support. (HAHAHAHA!)

12) Guess you can audition for Teen Mom now. (No thanks.)

13) I’m sure your Mom will do most of the work for you. (She’s always been there for me, if that’s what you mean…let’s pretend it is.)

14) Girls like you are why our economy is failing. (I can see the headlines now: TEEN MOMS SINGLEHANDEDLY BRING DOWN THE U.S. ECONOMY.)

and last but not least…

15) You’re just setting your child up for a lifetime full of failure. There is no way you can provide everything he needs by yourself. You’re just a kid.

Why is it that in a country where teen pregnancy is so common, people tear these girls down instead of building them up? The odds and statistics are already stacked against them, so why make them feel worse? For me, my biggest motivation was when someone would tell me that I couldn’t do it. Not everyone reacts that way though.

Yes, some of them “brought it on themselves” because they wanted to “make him stay,” or audition for 16 & Pregnant. But more often than not, pregnancies at this age are an accident. Caused by failing birth control, breaking condoms, or a lack of KNOWLEDGE about birth control options. I don’t see anyone personally attacking the schools for not providing sex ed courses, or the parents of the girl for not having open communication with their daughter, or maybe the father of the child for being too embarrassed to buy condoms. My point is…

THINK BEFORE YOU SPEAK.

That girl that you are about to share your opinion with? She’s going to have it hard enough without you sharing your two cents with her, so if you don’t have something nice to say, do everyone a favor and just keep your mouth shut.

My PSA moment: TALK TO YOUR KIDS ABOUT SEX AND BIRTH CONTROL. Chances are, they’re going to “do it” whether YOU are ready or not. But make sure that THEY are. Check out http://thenationalcampaign.org/ for some information about talking to your kids. The National Day to Prevent Teen and Unplanned Pregnancies is May 7th!

Are you or were you a young mom? What was the most unbelievable comment you received from a friend, family member, or a stranger?

When you become a new mom, you really don’t have the slightest idea exactly how hard it is going to be to be responsible for this little, tiny, helpless, screaming, non-sleeping, anti-latching, infant. Sometimes it can get overwhelming, and you feel like you are completely alone.

When Aiden was first born, I realized within a week that I was in way over my head. Luckily, I had a good support system in my family, and in his paternal grandparents.

Regardless, everyone reaches their breaking point sometimes. A young mother in the facebook group that I help run made a FANTASTIC suggestion when I asked for opinions for my next blog entry. Rookie Mom Confessions. Obviously. Hence the title.

I felt like it was a fantastic idea, since most of my readers are young or new moms. I asked my friends and followers to anonymously email or message me what they thought were some of the most awful, horrendous, and shocking things that they have done since becoming mothers. I chose ten of the most intense confessions I received, but I’ve also mixed in one of my own, didn’t want to be excluded in a chance to get something off my chest!

1) i sometimes let my kid play in his room while i sleep an extra hour, hes fine, its childproof and hes gated in, but i still feel guilty. but i am utterly and completely exhausted.

[It’s not like you duct taped him to a wall. He was safe, not crying or anything-I assume-and if he was playing happily, I don’t really see anything wrong here.]

2) When I get overwhelmed, I send myself to my room. Kids bang on the door and I tell them I can’t come out and they can’t come in until the timer goes off because Mommy is in trouble and needs a time-out.

[Mommy time-outs can be a good thing. Personally, mine is running on the treadmill with my “angry-girl” music playing after my son is in bed.]

3) My number one reason for not wanting to have a third baby is that I pee my pants pretty much every day since my second was born two years ago. At this rate, my kids will soon be more potty-trained than I am.

[Ok, I laughed so hard after reading this that I almost peed myself, ironically. Everyone knows having a baby screws with your body, inside and out. They just don’t always warn you about the after-effects of pregnancy. One word- KEGELS.]

4) I let my kids stay home from school sometimes just because. We all need mental breaks.

[Mom of the Year. I had to be bleeding or basically dying to stay home from school just because. Again, I see no problem with this!]

5) i put my son in his high chair in front of the tv and turned on disney one day last week just so that i could take a shower.

6) I always find myself being a MUCH better Mommy after a couple of glasses of wine.

[Who isn’t? Just make sure your definition of “couple” is 1-2, and not 5-6. There’s relaxed, and then there’s alcoholic. Also, I would recommend having someone else in the house adult-wise. No judgement, just saying.]

7) I left my 1.5 year old in his crib crying and walked outside for a smoke so that i wouldnt scream at him. sometimes doing this alone overwhelms me.

[Um, this will probably get some harsh words, but whatever. Sometimes, you need a break. The crib is the safest place for a small child to be after Mommy’s arms, and I commend you for being able to know when to step away and regain your composure.]

8) My daughter’s grandmother, my mom, tried to convince me for the first 3 months of my pregnancy to have an abortion because I was so young. I’m pro-choice but I could never go through with it myself. She loves her granddaughter more than anything now but I still pray every day that she will never find out that her Grandmother didn’t want me to have her.

[That is intense. Someone very close to me went through something very similar. Almost exactly the same situation actually. It’s hard, but forgive your Mom. She only thought she was doing what was best for you, and I’m sure that now she regrets it after growing to love your daughter.]

9) the only reason i havent left my husband (who has cheated on me with half the vaginas in his office) is because i dont want to raise my children in poverty, and have no education since i dropped out of college to be an army wife.

[There are SO MANY options for you that don’t involve staying with an asshole because you feel like you have to. Trust me. Yes, you’ll have to give up your lifestyle and “stuff” that you may be living with now, but keeping your kids in an unstable and unhappy environment will be worse for them in the long run.]

10) I cried the first time my son cried inconsolably because I felt like a failure and wonder why God would ever let me be a mom.

[Bless your heart. This one absolutely broke my heart, I think because it happens to EVERY MOTHER. I will be the first to admit that I have cried just as hard as he does before. Especially when he was still little bitty and couldn’t tell me what he wanted. Pardon my religious-ness, but God made you that little boy’s mother for a reason. You are NOT a failure. Sometimes babies just cry. And no matter how much it sucks, sometimes you have to let them. That doesn’t make you a horrible mom, it makes you human.]

As mother’s, we’re expected to be perfect examples for our children and families. That’s seldom the case. Even the very best mothers make mistakes sometimes. Again, we’re all human! 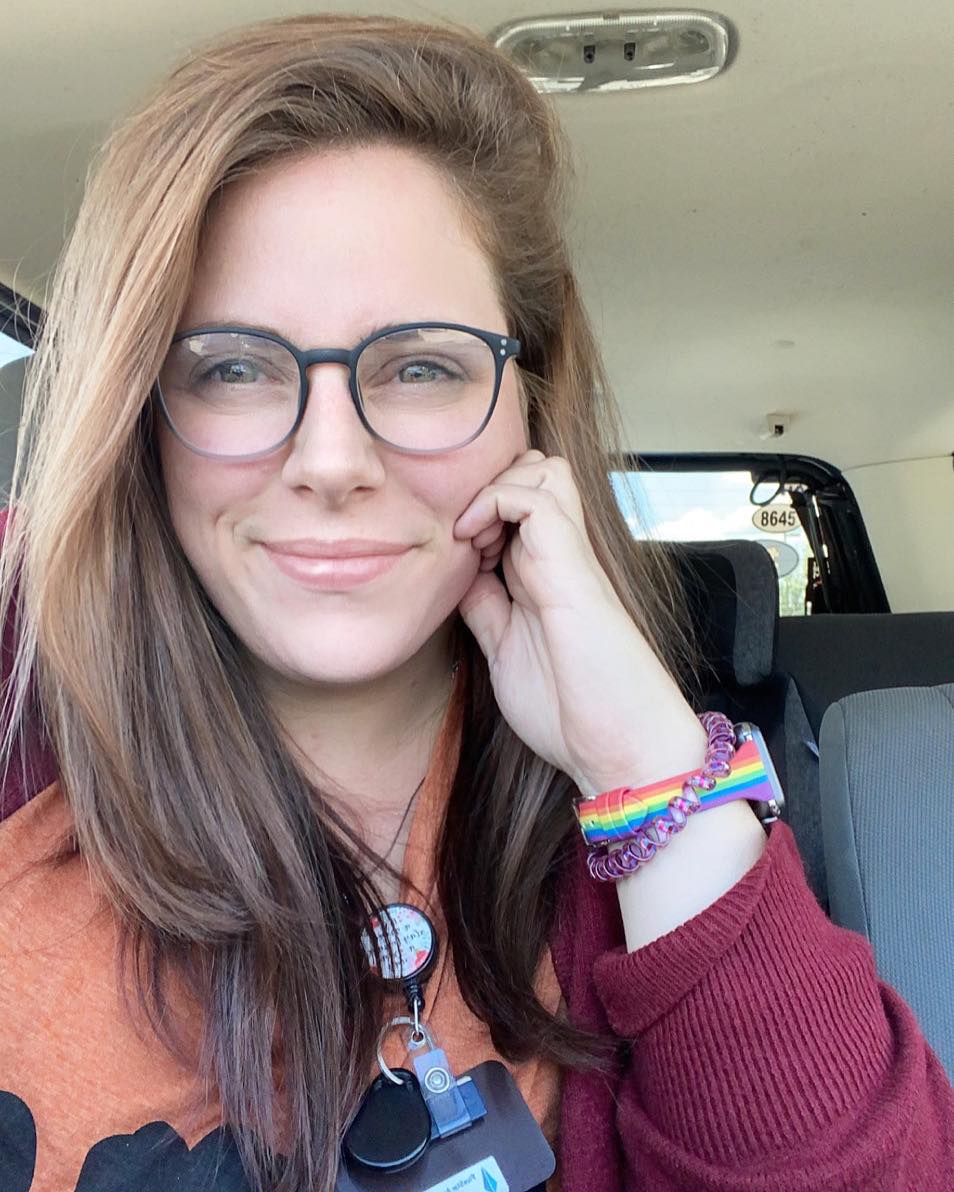